Why is smoking more dangerous for the poorest in society?

We know that cigarette smoking causes lung cancer. What we do not usually know is that the poorest socio economic groups are worst affected. Does Vitamin D hold the answer?

If you are poor, smoking is dangerous! Another burden for the poorest people in our society. Things are not always quite so simple as they first appear.

A study from Denmark, the Copenhagen Men's Study, looked at among many other things the number of deaths from lung cancer, the analysis taking account of social class of those who died. The subjects of this long-term survey were divided into just three simple social groups - low, medium, and high social class, and they were followed up for 17 years.

We can see in the figure the cumulative incidence of lung cancer in the three groups, low social group in the highest incidence line. 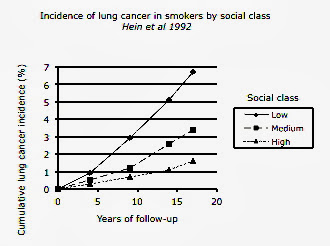 Unless, that is, we consider the fact that poor low social class groups have the lowest exposure to the sun and the lowest vitamin D levels, for a variety of reasons based on disposable income, housing, leisure opportunities.

I suggest that differential levels of sun exposure probably explain this huge difference in lung cancer rates. Vitamin D, by stimulating immunity, reduces cancer risk and improves survival.  There are more observations of lung cancer risk that involve the sun and I will bring these to attention in future posts, shortly.

Please note that smoking is now banned in public places in many countries. 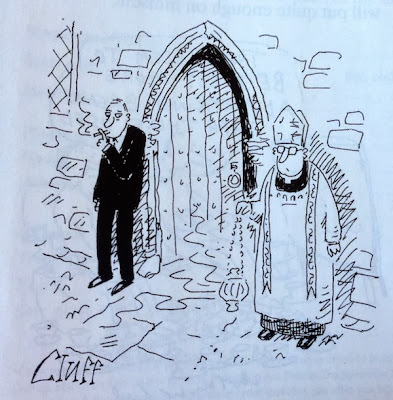