Now out of print


Evidence is growing that lack of Vitamin D is linked to a series of health problems. This book explores the vital role of the 'sunshine drug' and the serious effects of vitamin D deficiency.

Since its discovery in the early years of the 20th century, and its use as the treatment of childhood rickets, vitamin D has become neglected in these recent years of healthism, in which vitamin and nutritional supplements have become so popular.

This book sets out to explore why this has happened, explaining how the benefits of vitamin D extend beyond healthy bones to a vital role in the development of immunity. The deficiency of vitamin D, particularly by inadequate exposure to the sun, suppresses immunity and because of this people become susceptible to a number of serious diseases, including heart attack, stroke, several cancers, diabetes, and multiple sclerosis. 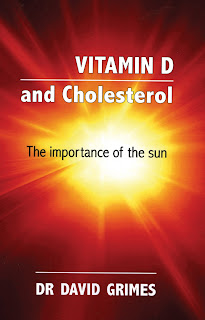 The book also points out the misdirected obsession with cholesterol, which is not bad for us in the way that is generally portrayed. In fact vitamin D and cholesterol share the same precursor, a high cholesterol level in the blood being in part a result of inadequate exposure to the sun.

But the causes of so many modern diseases remain obscure. They are usually not the result of faulty living, as is usually alleged, but due to micro-organisms, the identity of which is not clear. It is the lack of sunlight and the resultant deficiency of vitamin D that makes people susceptible to chronic infections, which probably result in more serious conditions.

The geography of disease within different countries, different parts of the UK and Europe, different socio-economic groups and different ethnic groups, is also explained by varying levels of exposure to the sun. This is particularly true for immigrants in this country from South Asia, and even more so for their children. The importance of vitamin D for the developing foetus is explained.

The alleged dangers of the sun are also explored. It has been suggested that the benefits of the sun are about 25,000 times greater than any possible dangers. The pseudo-epidemic of malignant melanoma grips public imagination, but the truth is also explained in this book.