We generally hope for long life, and this has been increasingly the pattern during the past twenty years or more. Public health is active to help us achieve a long life and it is expected that young people today can look forward to 90 years of life. This is very different from 100 years ago. My father's eldest brother James Grimes was born in 1900, when all seemed to be well with increasing prosperity. But it was not to be for James. He was killed on June 8th 1918, in the Battle of Albert (HQ of the British Army of the Somme). The memories of James and countless other young men killed a century ago live on in the carefully-tended war cemeteries in northern France. 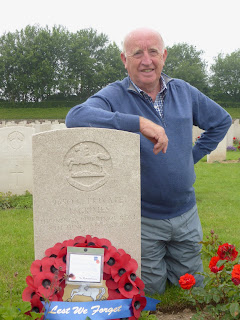 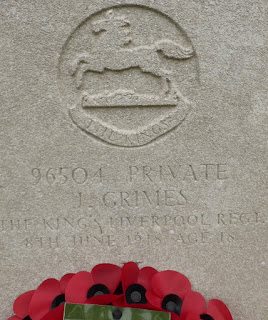 How life and its expectations can so quickly come to an end.

Today we are fortunate in worrying about cholesterol rather than war.

It is remarkable that people are still told that cholesterol is bad. Many people go for a routine annual visit to their primary care physician and the nurse will take blood for cholesterol. If it is judged to be high, and this will be the case in 85% of people by arbitrary and questionable definition, then the individual will be advised to take a low fat diet and might be started on a statin medication.

We know from previous Posts that a high blood cholesterol is a disadvantage only in men below the age of 50. In men and women above the age of 60, high cholesterol appears to give a survival advantage.

New information supports this. A study from Israel has recently been published and it clearly shows that survival is better when blood levels of cholesterol are higher.

In this study, the 305 subjects had heart failure, and in 74% the underlying disease process was coronary heart disease (CHD). The average age was 70 years. The average follow-up was 11 years, but the time sequence on the graphs was up to 20 years, the maximum follow-up time. The subjects were recruited over a period of several years rather than them all being recruited and the same time. The graphs are called "Cox regression curves", the standard way to present survival when recruitment varies over time.

The two groups were less or more than 100 mg/ml, which equates to 2.8 mmol/L, the measure in use in Europe.

Figure 1 shows the survival of all subjects based on cholesterol levels.
It is clear that long-term survival is greater (blue curve) in those with the higher levels of LDL-cholesterol.

Figure 2 shows the survival of subjects aged 70 years or less, again based on levels of LDL-cholesterol.

The survival advantage of a high cholesterol (blue line) is similar in this younger age range.

This study adds weight to previous observations that dogma that a high level of cholesterol in the blood is dangerous is wrong. The diet-cholesterol-heart hypothesis should be abandoned.

Routine testing of blood level of cholesterol is pointless.