Could obesity be due to micro-organisms within us?

We have seen in a previous post that we are only 10% human, that micro-organisms on us and in us outnumber human cells by a factor of 10 to 1. 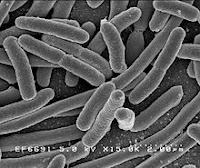 Most of the almost hundred trillion micro-organisms that inhabit our bodies live in the intestine. Not only are they by far the most numerous, also the most diverse and the least understood, but they seem to be of the greatest importance. Remember that about 95% of our faeces is composed of dead bacteria, with very little food waste.

It has been discovered that people with diabetes have different micro-organisms compared to the general population. This not yet understood but perhaps the intestinal micro-organisms as part of our “microbiome” have a significant role in our metabolism. There is much research for the future and perhaps our individual intestine micro-organisms are almost as individual as a fingerprint. There up to three million different genes in this vast number of bacteria, but their function, if any, is completely unknown. It is reasonable to anticipate that there is some genetic function, yet to be discovered. There is a suggestion that intestinal bacteria also have an influence on mental health, but the mechanism of this is completely unclear.

People with ulcerative colitis have a preponderance of bacteria that metabolise sulphur. They reduce sulphur with hydrogen, thereby forming hydrogen sulphide, whereas the usual metabolic process is reduction of carbon to methane. An important dietary source of sulphur is milk. The amino acid cysteine contains sulphur and it is the cysteine that enables milk to curdle. The sulphur atoms can bridge and loosely connect to each other and this is the mechanism of the curdle. It has been known for some time that avoidance of milk helps some people with ulcerative colitis and the sulphur now turns out to be the reason.

Obesity is a much more common problem. It can be the result of gluttony and this is of course undoubted. It is thought that this is in part due to the “thrifty gene". Some people or certain ethnic groups are able to survive with very little food and under this circumstance they have a survival advantage. When food is abundant they tend to become obese and sometimes grossly so.

But there are many people who appear to gain weight and become obese over a surprisingly short period of time without having increased food intake. This has long been recognised but treated with scepticism - they must have been eating secretly! However it now turns out that obese people usually have different intestinal bacteria from non-obese people and this might be of great importance.

Bacteria in the intestine are metabolically active. They digest the food residue that we cannot digest. The human intestine digests and absorbs very rapidly protein, fat, simple sugars and starches. However we are unable to digest fruit and vegetable. These become the residue of digestion and they pass into the colon, where they are acted on by the bacteria that inhabit in particular the caecum. The immediate result is the production of gases - think of the flatus that we pass each day, large volumes. The main gases are carbon dioxide and hydrogen, rapidly converted into methane and water.


Methane, CH4 is a fundamental building block of organic chemistry and from it can be derived molecules such as butane and short-chain fatty acids such as butyrate. This can be produced in large quantities, as long as there is adequate vegetable intake. It is thought that butyrate is necessary for good health of the colon and that it is probably protective against colon cancer.

The fatty acids butyrate and propionate are readily absorbed by the colon and are then passed though the portal vein to
the liver, where they enter the general metabolic pool. They might be used immediately for metabolic needs, otherwise they will be stored as fat. Fatty acids are the fuel for the heart muscle. 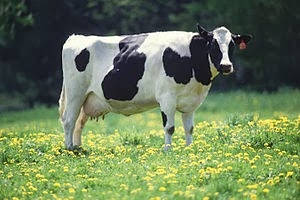 It might seem to be a bit far-fetched to blame obesity on intestinal bacteria rather than gluttony, but think of non-human animal species. Cattle eat grass, but from cattle we take large amounts of milk and meat, fat and protein. It is the bacteria within the intestine of cattle that produce fat and protein from water, methane and nitrogen. Glucose can be produced in the body from the fat and protein absorbed (gluco-neogenesis). The more grass eaten, the more bacteria, the more fat and protein. Do not underestimate the power of micro-organisms. 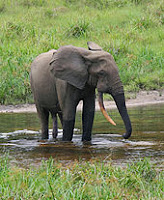 And it is not just cattle but also sheep and horses, and do not forget rhinoceros and elephant. They all grow to be very large animals by just eating grass and other vegetation, and drinking water. The ultimate size of the well-fed adult is obviously genetically determined, otherwise growth would never stop. 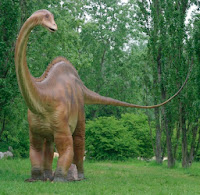 Perhaps the largest vegetarian animal has been diplodocus. Once again this is an example of how bacteria can feed us from within to a very large size even if we eat only grass, fruit, and vegetables.


The message for human obesity is that avoiding dietary fat and protein might not work. Lots of vegetables can be indirectly fattening. Water will not lead to weight gain or weight maintenance. We must eat to live, but just small amounts of meat, vegetables and fruit might be be adequate. If you have a weight problem do not overeat vegetables. If you do not have a weight problem then you will have the colonic bacteria that will allow you to eat lots of fruit, vegetables, and cereals without putting on weight.

There is something else on the horizon. Faecal transfer by enema is a way to change the bacteria in the colon. It is at present only a research area but it might come into clinical practice in about ten years’ time. It might have remarkable benefits in a variety of human conditions, including mental health as well as physical health.

In the meantime probiotics might be useful. These are bacteria or bacterial spores  that can be taken by mouth with a view to repopulating the intestine with bacteria that might have advantages, but it is not very scientific.

The stomach contains strong hydrochloric acid and the function (purpose for creationists) is to kill bacteria and thereby sterilise food. Probiotics taken by mouth, for example live yoghurts, might not be expected to survive the acid of the stomach. However probiotics are available in a gelatin capsule. This should survive the stomach with contents then being released in the intestine.

To control weight gain by probiotics cannot be considered to be of predicted value, but many people will think it is worth a try. The main message is that you might not lose weight by eating just vegetables. Don’t forget the cow - all that it eats is grass. Our natural intestinal micro-organisms can also convert dietary vegetables into meat and fat.


About forty years ago a number of interesting and thoughtful doctors - Dennis Burkitt  Hugh Trowell, TL Cleave, and the younger Kenneth Heaton - tried to understand western diseases, “diseases of civilization”, on the basis of dietary change to highly refined fibre-depleted carbohydrates. Treatment with high fibre diets and bran started, but if we look critically only a little was achieved and not a great deal. I found the ideas to be very attractive and in my younger days at the hospital I was called the local “Bran Man”.

Burkitt and Trowell had worked in mission hospitals in Africa. They were convinced that faecal mass, stool size, was much larger in the Africans and they put this down to the higher fibre content of the diet. What they did not appreciate was the importance of intestinal bacterial mass - the more the better.

The number of intestinal micro-organisms is astounding. About 95% of faecal excretion is dead bacteria and it is this that is responsible for faecal mass. There is in reality only a very small amount of vegetable waste.

An afterthought - there is also a suggestion that intestinal worms can be an advantage to health, especially suppression of allergies.