The cause of disease and the discovery of ignorance

The discovery of ignorance – the cause of disease in the age of enlightenment.

The presence of disease can be determined by examining individuals; this is the process of clinical medicine.

The cause of disease can be established by examining groups or populations; this is the process of epidemiology.

But all this is new.

Understanding the cause of disease

When I was five years of age I was ill with pneumonia. It was very serious and nearly fatal, but fortunately penicillin had just become available. The diagnosis was established by the doctors. My mother, like most people, was anxious to establish “the cause”, by which she really meant the reason. Like most people, she tried to explain "pneumonia" on the basis of one individual - me.

My mother was convinced that the cause of pneumonia (in my case) was that shortly before the illness, when I came home from playing outside on a winters day (remember that this was in the late 1940s, no television, no iPads etc) I had snow in my Wellington boots. Here lay the obvious cause.

A disease is universal: it can happen anywhere. It is the same pathological process in all countries, even though its distribution and frequency can vary greatly. In respect of pneumonia we recognise a clinical syndrome of fever, shortness of breath, cough productive of sputum, perhaps chest pain related to breathing (pleurisy), occasionally abnormal findings on listening to the chest (auscultation), and abnormalities on chest x-ray. If it turns out to be fatal, then the autopsy will reveal further details of the actual pathology.

But not everyone develops a disease. I was the only one of my friends who developed pneumonia, perhaps because the cold effect of snow in my boots increased my susceptibility to what is generally regarded as an infection of the lungs.

There are many examples of this:

There is a tendency to put too much emphasis on individual factors when considering why an individual becomes ill or dies, even if such a factor might be completely irrelevant, as judged by the experience of many other victims and an understanding of pathology.

The world becomes full of amateur doctors with ideas of early death or long life based on extremely limited experience. When someone reaches the age of 100 or more years, there is often a news-reporter posing the question: “To what do you attribute your long life?” The answer will be something that the individual enjoys and especially a food, possibly cabbage. It is most unlikely that the answer will be “Good luck”, as we all think that we understand more than we do. There must always be "an explanation".

The role of God

Everything changed in the Age on Enlightenment, known in French as the Siècle des Lumières  (the Century of Enlightenment), and in German as the Aufklärung).

Although it started in the early 18th century, scientific foundations, the scientific revolution, occurred a century earlier. But it was in the Age of Enlightenment that the greatest discovery in human history came about, the discovery of ignorance.

Previously there was always an answer: divine control over all humans and their destinies. This was challenged by, in particular, Jean-Jacques Rousseau (1712–1778), the French-based philosopher who was born in Geneva.

There are still many people today who believe with great conviction that the Lord watches over us and protects us all. The great challenge to belief comes when a good close friend or relation dies young, or when many innocent deaths result from famine or warfare. A further challenge occurs when it is found that beseeching God through prayer might not work.

The Age of Enlightenment

But the traditional concept of a universe with the Earth at the centre and God in overall control became challenged by the 17th century observations of Copernicus, Galileo and Kepler. Newton’s studies of light indicated that our view of the world was over-simplified. Studies of human anatomy and physiology provided the foundations for the future understanding of disease. 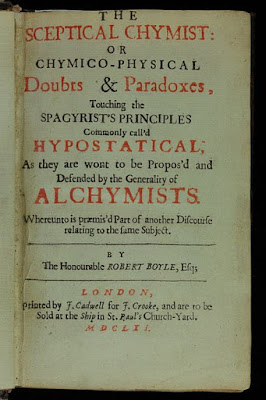 The 18th century that followed was a time in which the standard answer to all questions, that it is “God’s will”, was questioned. The occurrence of disease was no longer the will of God, and divine retribution for misdeeds obvious or far from obvious. Blaming victims for their sins was no longer automatic. But sadly three centuries after the new age of enlightenment, victim-blaming is something that I hear far too often. The sins are now against man rather than against God.


The Discovery of Ignorance

I first learned of this concept when listening to Yuval Noah Harari being interviewed at the Hay-on-Wye Literary Festival in May 2015. Following this I read his remarkable book “Sapiens”.


The discovery and acknowledgement of ignorance was such an important step in human evolution, and especially in the 17th and 18th centuries, but now it is almost forgotten. The astounding scientific developments of the 20th have created new gods in the form of scientists. We expect them to know everything, and this is the impression given by news broadcasts on so many days.

It is the same with doctors. They give the impression of knowing everything, and that is what patients and their families expect. They do not expect is their doctor to say “I do not know”. This is taken to be a shortcoming of the individual doctor and so the family will go on an often futile journey until they find a doctor who claims that she (most doctors are now female or shortly will be) does know.

But there is a difference in answering the question “What is the cause of my family member’s illness?” and “What is the cause of my family member’s disease?” The answer to the first question is the name of a disease or a syndrome. The doctor should be able to answer this question as it applies to an individual patient. But stating the cause of a disease is very different; it is answering the question on behalf of medical science as a whole. It is here that she (he) can say “Medical science does not know” rather than “I don’t know”.

It is difficult for people to accept that “the doctor does not know”, but it is often the case that “doctors do not know”, and this is acceptable if explained. But this leaves the vacuum of understanding that is filled by guesses based on little experience, often filled by alternative practitioners who do not base their “explanations” on the basis of objective and well-researched pathology.

With the Age of Enlightenment came attempts at understanding disease without invoking God. There were several epidemics of cholera in London in the 19th century, and they were generally assumed to be the result of “poisoned air”, not an unreasonable conjecture. However the physician John Snow (1813–1858) made observations (new investigative epidemiology) that led him to conclude (correctly) that it was the result of “poisoned water”.

The causes of disease

The germ theory of disease was first proposed by Girolamo Fracastoro (1475–1553), and it is fortunate he was not executed for such heresy. His idea was well ahead of its time and it was in the 1670's that the Dutch microscopist Antonie van Leeuwenhoek (1632–1723) discovered vast numbers of "little animals", previously unknown.

This was soon confirmed by Robert Hooke (1635–1703), who recognised and was the first to use the term "cell" to describe the basic building block of life. Microbiology then developed into the exciting science that we know today. It has been epidemiology, microscopy and microbiology that have done more than anything else to develop our understanding of disease.

Robert Koch (1843–1910) recognised the microbial cause of tuberculosis (TB). During the previous century it was considered to be “constitutional”. This means inherited, part of the make-up of the individual. Inheritance is another major pillar of the understanding of the cause of the disease, also recognising that there is more to inheritance than genetics. Now in the 21st century we are starting to understand the importance of our inherited microbiome.

The key to understanding is humility, and the start of knowledge is the recognition of ignorance. The application of these factors might enable us to understand the nature of coronary heart disease (CHD).

This is not generally admitted, but it needs to be acknowledged. Ignorance is generally not admitted by experts.

Thoughts on the cause of CHD will follow shortly.