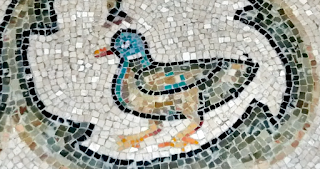 Age and deaths associated with Covid-19

The population of Italy is suffering very seriously from the pandemic of Covid-19, followed closely by that of Spain. The incidence of the disease varies throughout Europe and this might depend on whether the incidence is that of reported cases of illness with positive Covid-19 testing, or less likely, just positive testing. 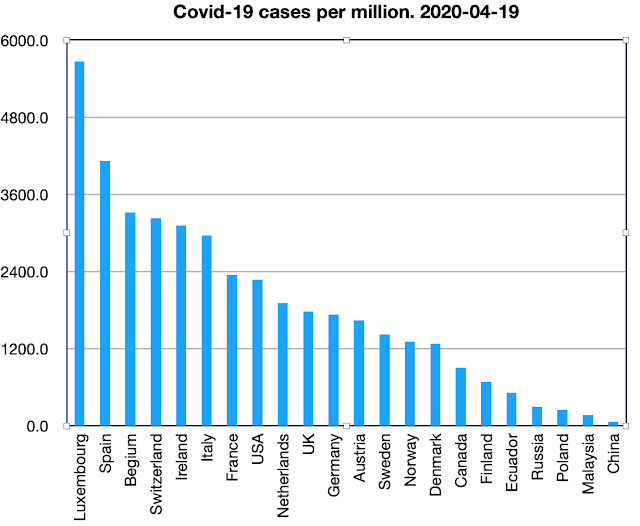 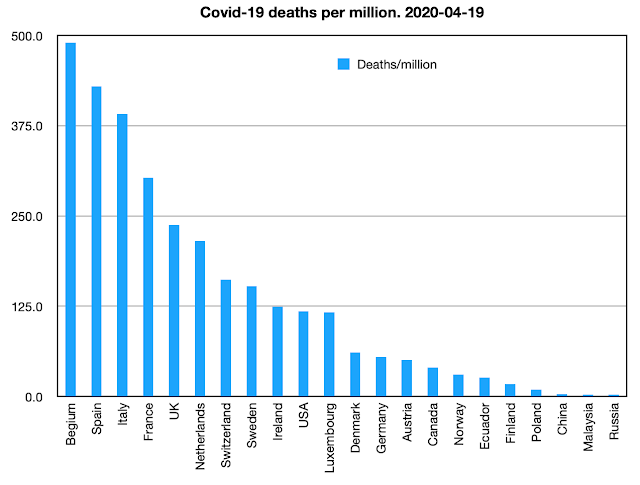 As I have mentioned in a previous post, the number of deaths recored as due to Covid-19 might be cultural, influenced by a nation’s tradition of reporting the cause of death. To try to standardise the incidence of deaths it seems to be sensible to report for each country the number of “Covid-19 deaths per million population". Italy at present has the highest number deaths per million, 217.4, with Spain 210.1. The UK has so far reported a much lower number, 34.8 deaths per million, but the number is rising by the day, more rapidly than that of Italy. The pandemic appeared in Italy earlier than in the UK, and it was expected that UK death incidence might approach that of Italy. Whether that will happen is unclear, but as of April 19th 2020 the gap was not closing.

The information provided is based on what I would consider to be reliable data and good clinical practice. There is no reason to suggest that there has been any suppression of the facts. On the contrary there is complete openness.

The observations (April 4th) are as follows:

Less than 1% of those who died were previously healthy persons.
30% were women, 70% were men.

2 died below the age of 40, both aged 39.
1 had diabetes + complications, 1 had cancer.
It is unclear whether Covid-19 or pre-existing disease caused death.

Northern Italy has been most seriously affected by Covid-19. The characteristics of the population of northern Italy are:

The cause of death

The Italian National Health Institute stresses the importance of distinguishing between those died from Covid-19 and those who died with Covid-19.

This is a general problem in the death of older people when there is often more than one condition at the time of death: which one to register as the cause of death?

I pointed out that in Germany the low level of reported deaths from Covid-19 is probably that a pre-existing condition been the registered cause of death. I received from Germany the following comment:

“Anyone who dies as a result of the flu rarely has“ flu ”on their death certificate - and so it is with Covid-19. Because ultimately it is complications or existing underlying diseases that lead to death.”

In the death of very elderly persons, the major factor leading to death is likely to be “old age”.  This is the inevitable cause of death in mortals who do not die from disease or trauma. These issues are likely to make comparisons between different countries not as robust as we might like.

Studies have shown that the virus tests kits used internationally might give false positive results for Covid-19. They might show a positive result from existing human coronaviruses.

The most important measure of the impact of the Covid-19 epidemic is the number of excess deaths per week as judged against historical averages for that week.

This information is collected regularly in Europe, by EuroMomo (European  Monitoring of Excess Mortality for Public Health Action).

EuroMomo still includes UK data, separately for England, Wales, Scotland, and Northern Ireland. It can be found on the following web site:

It is a web data presentation. Overall European data are displayed by age-group, and also displayed by nation. An example is below: 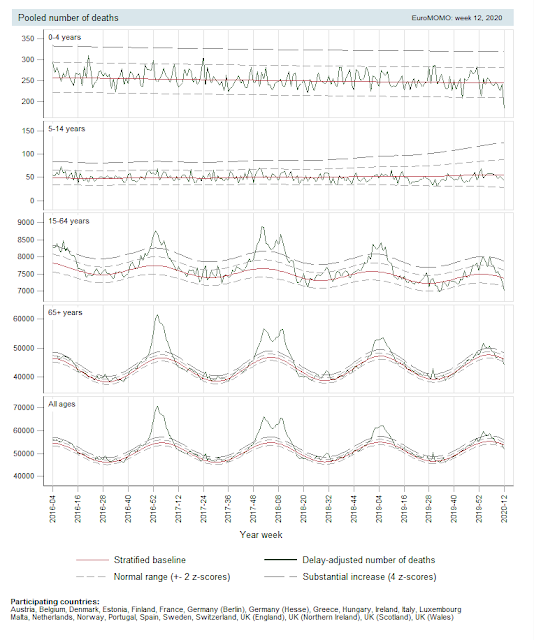 The most recent week displayed is 2020 week 12, which started on Wednesday March 18th. There is a mortality rise in Italy in week 12. On the other hand, the data from England shows death rates marginally below the average for that week.

The impact shown so far might increase and further data will be available shortly. But this relatively small impact might be because so many of the deaths are occurring in people who were already close to end of their lives, as a result of advanced age and with pre-existing serious illnesses. 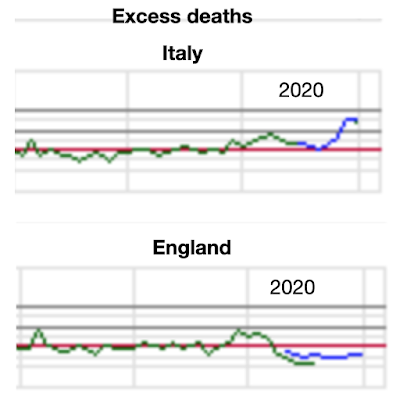 It is this data designed to display excess deaths that will give a true impression of the mortality impact of the Covid-19 epidemic.