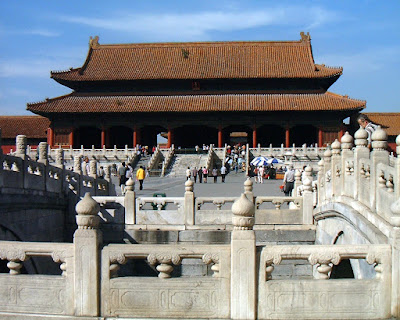 Society is engrained with the false idea that cholesterol is bad. This is the result of the diet–cholesterol–heart hypothesis that has been held to be the cause of the 20th century pandemic of coronary heart disease (CHD). It is not true.

But if “cholesterol is bad”, it means that our blood levels of cholesterol should be reduced, and this is emphasised by the cholesterol evangelists, who tell us “the lower the better”. This applies to people who consider themselves to be normal, and as a result we spend $20 billion each year on statin medications.

If we look just at CHD, we can see from the immensely important Framingham study that it is only in men below the age of 50 that a high blood level of cholesterol predicts an early death from CHD in the following 30 years. At the age of 50 itself the risk of death is very low.

If we look beyond CHD, we do not find that high blood level of cholesterol is a disadvantage, and in respect of many conditions it can be a significant advantage. Such conditions are mainly infections – pneumonia, post-operative infections, AIDS.

The Framingham study and the others are observational studies. These are very important as science and medicine starts with observation. Absolute conclusions cannot be assumed at this stage, and “proof” is a concept that becomes philosophical.

An interesting and clearly important study has recently been published and it concerns people who have died as a result of suicide, fatal self-harm.

The authors are from Beijing, and the paper is published in the Journal of Psychiatry and Neuroscience  (2016; volume 41).

The study is a meta-analysis, a compilation of 65 published studies which met strict criteria for inclusion.

The results are summarised as follows:

A comment from the authors, but not an observation from the study:
“an increasing number of reports raise the possibility that statins, a class of lipid-lowering agents, may be associated with deleterious cognitive, mood and behavioural adverse effects, including violence, depression and suicide, which have been attributed to the effect of statins’ cholesterol level reduction on brain function.”


Conclusions
Conclusions from an observational study must be restrained.
There is an inverse relationship between blood level of cholesterol and risk of suicide.

The nature of the relationship between low blood cholesterol and a higher risk of suicide can only be speculative, and I am not prepared to speculate.


The studies reviewed in this meta-analysis appeared to have identified the blood cholesterol levels of suicidal patients close to the time of suicide. A better approach would have been to record the cholesterol levels of a large population sample, and then follow up for a number of years and identify whether to not suicide has taken place. At that time cholesterol levels of those committing suicide could be compared to controls. Unfortunately this would require the surveillance of a very large number of people over several decades. The logistics and cost of such study would be prohibitive, and it is not likely to happen. If it were to be conducted, then the expected timescale would seriously reduce the value of the study: the concern is now, not in 2050! The long-term Framingham study does not appear to have recorded suicide death in relation to blood cholesterol levels.


The one conclusion that we can reach from the study outlined in this Post is that the dogmas that “cholesterol is bad” and must be “reduced as low as possible” are distinctly wrong.


There is much more to be learned about cholesterol and its metabolic importance, including its influence on brain function and behaviour. Unfortunately the false dogma that "cholesterol is bad" stands in the way of constructive research.