Statins – $20 billion per year should be spent differently

Statins – sense at last, in the Journal of the American Medical Association

Many readers must wonder why I almost alone appear to be not just a sceptic of the diet–cholesterol–heart hypothesis, but also of low fat diets, the testing of blood cholesterol levels as a routine procedure, and the prescribing of statins for people who consider themselves to be normal.

You might be surprised or even delighted to learn that I am not alone. The edition of JAMA November 13th 2016 is a landmark event and it provides very strong support for my rather heterodox views.

I have pointed out in previous Blog Posts that the alleged great benefit of statin drugs is an illusion. More than that, it is a giant conspiracy.

The most important paper in this edition of JAMA was the Editorial, summarising the other papers.

Rita F Redberg MD MSc is professor of medicine and director of Women's Cardiovascular Services in the division of cardiology at the University of California, San Francisco Medical Center.

I will present to you some of the important points made by Redberg and Katz.

“The evidence for treating asymptomatic persons with statins does not appear to merit a grade B or even a grade C recommendation.”
In general, recommendations for a given treatment can be strong (A), weak (C) or intermediate (B).   The editors judged the evidence presented to justify the use of statins in normal people to be less than weak.
“The report estimated an absolute benefit for use of statins of 0.40% for all-cause mortality and 0.43% for cardiovascular mortality and indicated that the absolute benefit was greater for patients at greater baseline risk.”
This is important because the editors are using the absolute measurement of risk reduction rather that proportionate risk reduction. I have indicated previously the importance of this. An example of the misleading nature of proportionate risk is that if a risk decreases from two in a million to one in a million, it can be expressed as a 50% reduction (proportionate) or one in a million (absolute). Absolute reduction gives real-world estimate, but proportionate sounds much more dramatic and is more likely to be a newspaper headline. The dramatic but misleading usual expression of a "20%" reduction of deaths with statin therapy is more realistically presented as 0.4%.
“Benefits of any preventive therapy accrue according to risk of disease (greater benefit in higher-risk patients), the harms of therapy usually distribute equally over all risk levels. Thus, persons at low risk have little chance of benefit but equal chance of harms and thus are more likely to have a net harm.”
Someone at high risk is more likely to benefit from any preventative measure than someone at low risk. However the incidence of any side-effects will be the same in both. In people at low risk of CHD, there is a greater chance of side effects of statins than of benefit.
“The evidence base for harms of statins, despite the introduction of these drugs more than 20 years ago, is incomplete.”
It was in the 1990s that statin drugs were introduced, but only on a very small scale compared to today. The clinical trials undertaken at that time did not publish any details of side-effects (untoward effects). Whether or not side-effects were recorded is not known to the general medical-scientific community. However such data might be held by the pharmaceutical companies that sponsored the trials and who have ownership of the results.

“Other studies have estimated that closer to 20% of statin users have muscle problems.”
This is denied by statin evangelists, without documentary support. The side-effects are rarely more than mild, but commonly troublesome. Ads above, the data have not been released.
“The actual trial data are largely held by the Cholesterol Treatment Trialists’ Collaboration on behalf of the industry sponsor and have not been made available to other researchers, despite multiple requests over many years.”
I have mentioned in a previous post the Cholesterol Treatment Trialists’ Collaboration (CTTC), headed by Sir Rory Collins. This group of self-interested so-called medical scientists dominate cholesterol and statin publications, mainly through The Lancet. Only this group has access to the original data from the various trials – with the exception of WOSCOPS (the West of Scotland Trial), which  released all data in a second paper, outlined in a previous post. If side-effect data were collected in the trials, then the CTTC will have access but have not released them. The suppression of evidence by the CTTC is a crime. Being a private organisation, it is not subject to the Freedom of Information Act.
“The decision aid [available from the Mayo Clinic website] shows that of 100 people who take a statin for 5 years, only 2 of 100 will avoid a myocardial infarction, and 98 of the 100 will not experience any benefit.”
This conforms to what I have stated. In the WOSCOPS trial, the five year death rate was 4.1% in the control group and 3.2% in the group treated with a statin. This was Scotland in the 1980s, about the world’s highest incidence of CHD deaths. Of 100 men (at the time high risk) taking pravastatin every day for five years, one did not die.
“There will be no mortality benefit for any of the 100 people taking the medicine every day for 5 years.”
This is more recent than WOSCOPS. As the incidence of CHD death has fallen through natural processes (the development of immunity), small benefit of statins has become much smaller. A zero benefit of statins is an approximation. Calculated that at present, out of 100 men taking a statin daily for five years, the death reduction will be “0.19 men”, in other words 1 death delayed for every 500 “treated”.
“At the same time, 5 to 20 of the 100 will experience muscle aches, weakness, fatigue, cognitive dysfunction, and increased risk of diabetes.”
This indicates that the overall disadvantages outweigh the advantages of this statin “treatment” (the statin is not really treating anything), but as the disadvantages are not fatal, the cost–benefit is judgmental.
“The US Food and Drug Administration issued safety label changes in 2012 stating that “Information about the potential for generally non-serious and reversible cognitive side effects (memory loss, confusion, etc.) and reports of increased blood sugar and glycosylated hemoglobin (HbA1c) levels [diabetes] has been added to the statin labels.”
Although the statin evangelists such as Collins minimise or even trivialise the untoward effects of statins, the US FDA takes this seriously and the industry has had to accept this (reluctantly).
“The rate of statin use for primary prevention among persons older than 79 years had increased from 8.8% in 2000 to 34.1% in 2012.”
The criticism is that  this major increase of statin use in effectively normal people is uncritical and at a time when the risk of CHD death is very much lower than previously.
“There are unintended consequences of the wide-spread statin use in healthy persons.”
The excess of untoward effects over benefit has already been noted, but the authors continue:
“People taking statins are more likely to become obese and more sedentary over time than non-statin users, likely because these people mistakenly think they do not need to eat a healthy diet and exercise as they can just take a pill to give them the same benefit.”
This is an interesting observation that is new to me. It demonstrates how unexpected effects can occur, and the importance of careful observation.
“The task force evidence report estimated that to prevent one death from any cause over a 5-year period, 244 patients would need to take a statin daily.”
The importance of this is that the NNT (the number needed to treat to prevent one endpoint, in this case death). This measure of benefit has been carefully avoided in the publications of clinical trials, and commentaries by the CTTC. The NNT is high in younger people and in women, and greater in men in in older age-groups. The actual number depends on these facts, which are not always expressed.
“The global market for statins has been estimated to be a staggering $20 billion annually in the last decade. For that kind of investment, better data on risks and benefits should be required.”
This enormous sum of money could be used in other forms of health care. It is thus not just the cash but the opportunity cost: what health care benefits could be achieved by the expenditure of $20 billion each year? Only a careful and critical assessment of the possible benefit of statins could lead to a sensible debate about how $20 billion should be spent.
“Evidence that the medication will lead to a better quality of life, longer life, or both. Such evidence is lacking for statins in primary prevention.”
This lack of evidence of benefit suggests that the $20 billion would be better spent in other areas of health care. 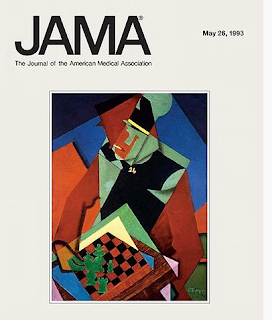 The defunct hypothesis
The use of statins is underpinned by the diet–cholesterol–heart hypothesis which cannot be sustained and it should be abandoned. Unfortunately is so well established within society, nutrition, government, industry and medicine that it is effectively impossible to dislodge it. As Thomas Kuhn has pointed out in his interesting book "The Structure of Scientific Revolutions", an existing paradigm, no matter how unsafe, will not be abandoned until a better hypothesis becomes accepted.

Science is pragmatic, not absolute. The best and accepted answer to a problem will change as more evidence becomes available, or as existing evidence is scrutinised in more detail and with greater objectivity.

There are those who regard the “success” of the statin trials as “proof” of the diet–cholesterol–heart hypothesis. This is unjustified. First, in the trials only the taking of a statin was controlled and cholesterol was not controlled. Second, the very marginal benefit of statins gives little confidence in the hypothesis. When we take into account the fact statin benefit was unrelated to cholesterol-lowering, the hypothesis was not supported at all (data from WOSCOPS; data from other trials has not been released).

There is a desperate need for a change in the paradigm of the causation of CHD. But if not the absurd diet–cholesterol–heart hypothesis, what alternative is there? I have described my strong preference, that the cause of the 20th century epidemic of CHD could only have been an environmental biological agent – a micro-organism the identity of which is not conclusive.

The problem is that conclusion might never be reached, but this is generally the pattern of science. Pragmatism is necessary because absolute proof is elusive. The conclusive demonstration of a microbiological causation of CHD would require the inoculation of “volunteers”, with follow up for the rest of their lives, for more than 50 years.

A further problem is that volunteers of today will have inherited immunity to the causative micro-organism. It is the development of population (“herd”) immunity that will have brought the epidemic to an end. There is unlikely to be an animal model.

So we are stuck with a defunct hypothesis and it is backed up by a $20 billion per year industry. This is what we pay for statins given to normal people, and it is money that should be spent on much more worthwhile medical care.