Economy with the Truth - a recent review of Myocardial Infarction

Economy with the Truth - a recent review of Myocardial Infarction 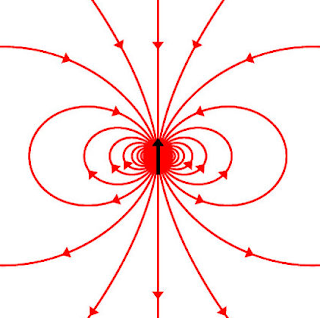 There are two types of scientific paper – the publication of original research and the review article.

The review article has great advantages, mainly because it will include commentaries on many original research papers so that the casual reader will be saved the trouble of finding and reading them all for himself or herself. It is not always easy to locate original research papers unless all regular journals are read, and this must be challenging for those who have a busy work schedule. A way around this is for a department to have a Journal Meeting at regular intervals. Each member of the department will be given a list of a few journals to read, and then interesting articles or extracts will be presented at the meeting. The burden of wide-spread reading is thus shared.

For the individual curious person, such as myself, the review article has another function, in addition to the provision of an opinion. It gives an important way of identifying the large number of papers on a particular topic, so allowing the original papers to be located and read. These will be the papers of original research, and this is the way in which the truth might be encountered.

The search for the truth can otherwise be difficult. There are many vested interests which result in prejudice, and the author of a review article is likely to have a particular viewpoint. It is thus likely that there will be “spin”. This is a political term, implying a corruption of information in the process of turning bad news into good news. There is obviously the opportunity of quoting data selectively, thus depriving the reader from the truth.

It might be thought that I have a viewpoint that I emphasise, and there is some truth in this. My objective is to bring to attention truths that have been hidden or corrupted. This in itself is going to alter the way in which people might view medical issues. My most important objective is to bring to attention the fact that coronary heart disease (CHD) presented as a major epidemic in the 20th century, as so much understanding depends on recognising this.

It is important to remember that the epidemic of CHD in the UK has in reality been an international pandemic, with many millions of premature deaths. The decline of deaths between 1980 and 2007 in several countries is shown in the figure below:

I came across the following important and very recent review article in The Lancet. It provides an example of how it is easy to be “economical with the truth” (a famous UK political quotation) and thus “protect” the medical and general public from the reality of the undoubted epidemic of CHD.

http://www.thelancet.com/journals/lancet/article/PIIS0140-6736(16)30677-8/abstract
http://dx.doi.org/10.1016/S0140-6736(16)30677-8
…………………………………………………….
This is a full up-to-date and excellent  review of the treatment of myocardial infarction (MI). The term “acute” is not strictly relevant. It implies sudden onset but this is always the case in MI and there is no such thing as the antithesis “chronic myocardial infarction”. The inclusion of the word “acute” is presumably to emphasis the immediate treatment, the main purpose of the review, but that is what can only be expected.
There is mention of a major improvement in the outcome of CHD, which is what we have seen with the rapid decline of the epidemic:
…. substantial improvements in prognosis over the past decade. The progress is a result of several major trends, including improvements in risk stratification, more widespread use of an invasive strategy, implementation of care delivery systems prioritising immediate revascularisation through percutaneous coronary intervention (or fibrinolysis), advances in antiplatelet agents and anticoagulants, and greater use of secondary prevention strategies such as statins.
“….the past decade….” gives an inappropriate time-frame. The improvement in prognosis has been happening for much a longer time. Medicine did not begin in the 21st century.
The review makes no acknowledgement that MI (coronary event) has become much less frequent, as has been identified by the international MONICA study (multinational monitoring of trends and determinants in cardiovascular disease) and other international statistics. It emphasises the importance of medical interventions, the importance of which is regarded in the MONICA study of being of less importance than the reduction of events.
Under the heading of “Epidemiology” the paper stated:
MI …. causes more than 2·4 million deaths in the USA, more than 4 million deaths in Europe and northern Asia, and more than a third of deaths in developed nations annually.
This is not not very meaningful because, as we have seen, the number of deaths has decreased substantially (by about 95%) during the past 45 years. The authors are clearly not epidemiologists. It is as though CHD and its most important manifestation MI has always been with us. There is no attempt to indicate the epidemic nature of the condition.
It goes to state that:
Since the mid-1990s there has been ….  an overall decline in myocardial infarction.
But why only since 1990? This is the time that effective treatments were first introduced on a wide scale. The authors could have stated that between 1970 and 1990 there was an 85% reduction in the age-adjusted death-rate from CHD (effectively from MI), and that this must have been spontaneous as effective treatments were not available. This omission was spin, as this well-reported fact did not fit into the theme of effective treatments.
Although the authors do not state clearly that the nature of MI has changed and that it has become a much milder disease during recent decades, they make the comment:
Since the mid-1990s there has been a steady decline in the proportion of patients with ST-segment elevation myocardial infarction (STEMI), and a smaller increase in non-STEMI (NSTEMI), leading to an overall decline in myocardial infarction. Today, NSTEMI comprises 60−75% of all myocardial infarctions
The STEMI is an episode of MI in which the ECG shows an abnormality with elevation of the ST segment (see previous post on simple ECG interpretation). The NSTEMI is an episode of MI in which the ECG is most likely to be normal, or showing no change from a previous recording.
As I have mentioned in a previous Post, at the height of the epidemic in 1970, when the mortality rate from an episode of MI was about 50%, the ECG was of much greater importance. The hallmark of MI was the Q wave, and this indicated full-thickness damage to the heart muscle. With the milder form of the disease the Q wave is effectively confined to history as it is seen so really now.
The authors also report that:
A combined task force of major professional societies revised the definition of myocardial infarction in 2012.
The redefinition of MI has resulted in the diagnosis becoming much more common. Following an episode of chest pain with a normal ECG, a rise in the blood level of the highly sensitive cardiac troponin would lead to a diagnosis of MI (NSTEMI) today, whereas that would not have been the case ten years ago. These new cases receive the same treatment as the more obvious MIs, thus keeping the interventional cardiologists busier than ever. The prognosis is excellent.


So we can see the spin, the economy with the truth, and most importantly another failure to identify the epidemic of CHD, described clearly in the UK and in the USA.
The review gave an excellent account of the treatment options available today.

But remember, during the 20th century CHD / MI was one of the most serious epidemics of all time. 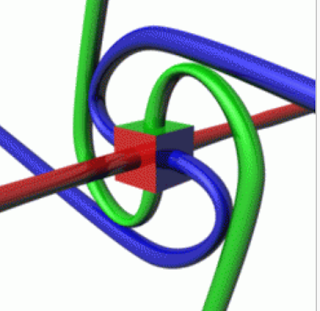