Covid-19 and Vitamin D – Success of Calcifediol in Barcelona

The Barcelona study of the use of Calcifediol in the treatment of Covid-19 pneumonia:

74% efficacy in the need for transfer to ICU

39% efficacy in reduction of deaths

Will this study influence NICE and the Vitamin D deniers?

September 3rd 2020 saw the release of the results of a randomised controlled clinical trial (RCT) of calcifediol, from Córdoba, Spain. Of 75 patients admitted to hospital with Covid-19 pneumonia, 25 received standard care. Of these 13 (50% needed transfer to the ICU, and 2 (8%) died. 50 were randomised to receive calcifediol (part-activated vitamin D) in addition to standard care. Of these just one (2%) required transfer to the ICU and he survived.

This dramatic benefit was effective, cheap, safe, and readily available. It was just what was needed when deaths from Covid-19 were expected to increase with the end of the summer having been reached. But the benefit was ignored and calcifediol was not accepted as a treatment by doctors who were treating the seriously ill. Desperate times need desperate measures, but this did not include proven and safe calcifediol for reasons that to me were incomprehensible. Vitamin D denial is not rational as it ignores vast evidence of the extent of vitamin D deficiency, its great disadvantage during the pandemic, and the demonstrated benefit of correction of the deficiency.

The UK National Institute for Clinical and Care Excellence (NICE) stated that clinical practice should not be influenced by the result of the Córdoba study, despite its obvious great advantage. This was a centralisation of clinical decision-making previously unknown. In the early summer NICE had deferred a decision concerning the clinical use of vitamin D in the Covid-19 pandemic until it had seen evidence from an RCT. This was absurd as a widespread vitamin / hormone deficiency was clear, and correction of deficiency should have been obvious good clinical practice without the necessity of approval by NICE.

When the result of the Córdoba RCT appeared, NICE still stated that there was not enough evidence to recommend vitamin D for use in Covid-19, and it deferred approval once again, until the publication of another RCT

It is now available. 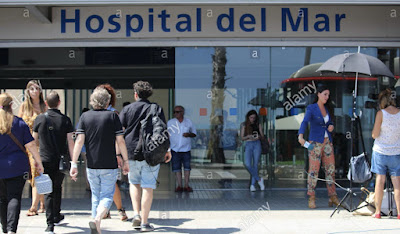 The RCT from Barcelona.

As in the Córdoba RCT, vitamin D was given in the form of calcifediol. To recap, when vitamin D is formed in the skin or taken by mouth, it enters the blood and is transported to the liver. In the liver it enters a slow process of hydroxylation, forming 25(OH)D, otherwise known as calcifediol. This is the form in which vitamin D is found in the circulation and it is what we measure in blood testing.

If we give vitamin D by mouth or injection to someone who is deficient, it will take up to two weeks before it reaches a good blood level (>30ng/ml, 75nmol/L). This is too slow for the maximum effect required in someone who is critically ill with for example Covid-19 pneumonia. On the other hand, when calcifediol itself is given by mouth or injection it will reach a good blood level within two hours. This is just what is required for the critically ill patient.

The Barcelona study involved 930 patients with severe Covid-19, some with chronic conditions, co-morbidities. They were admitted to the eight COVID-19 wards in the Hospital del Mar, Barcelona, between March 1st and May 31st 2020.  This shows how long it takes for the results of an RCT to come to fruition. Each patient was randomly allocated to one of the eight wards. On five of these wards the patients were treated with standard high quality care plus calcifediol. The patients admitted to the other three wards acted as controls, receiving high quality standard care but not calcifediol. This is the way in which randomisation was considered by the investigators to be practicable. The main predetermined primary end-point was admission rate to the Intensive Care Unit (ICU).  The second end-point was the incidence of death.

551 patients were randomised to receive calcifediol; 379 patients acted as controls.

Patients with a blood vitamin D level of 20ng/ml or greater were at about half risk of ICU admission compared to those vitamin D deficient, relative risk 0.45.

These included 80 of the 379 (21.1%) of the control patients, and 30 of the 551 (5.4%) of the calcifediol treated patients. We can immediately see a dramatic benefit of calcifediol in respect of the first end-point

The clinical trial is in two distinct parts. It could have stopped at the point of proven benefit from calcifediol, knowing that this would be of major impact if adopted by other hospitals. Progression into the second phase of risk of death posed very serious ethical considerations, and these must not be dismissed. No doubt they had been addressed by the ethics committee that approved the trial with respect of international conventions, the Declaration of Helsinki and the Good Clinical Practice guidelines of the International Conference on Harmonization.

As a major benefit of calcifediol had been demonstrated in reduction of need for ICU, would it be ethically justified to continue to withhold calcifediol from the 80 control patients who had deteriorated to the point of admission to ICU?

The correct consideration was that human sacrifice should not be part of a controlled clinical trial, whether or not supposedly fully informed patient consent was given.

At the point of ICU admission the patients were critically ill and were under the care of clinical doctors whose over-riding concern must have been to minimise the deaths of their patients. The ultimate rigour of a clinical experiment should not and did not have priority. A decision whether control patients admitted to the ICU should receive calcifediol at that time was left to the attending physician.

Of 379 randomised to be controls, 50 of the 80 requiring ICU support received calcifediol on transfer.

Initial average blood level of vitamin D in those who died was 9.5ng/ml compared to 14ng/ml in those who survived.

Prevention of admission to ICU: 74% efficacy,  21.1% of control patients, and  5.4% of calcifediol treated patients.

Reduction of deaths: 39% efficacy, 13.4% of these who did not receive calcifediol, and 8.15% of those who received calcifediol.

Need for ICU was lower in those with higher initial levels of vitamin D, relative risk 0.45.

Limitations of the study

I have mentioned the ethical issues that led to departures from the trial protocol so as to minimise the risk of death in control patents who had deteriorated to require transfer to the ICU. This was correct within the ethical codes and it does not detract from the results of the trial.

The use of randomisation by ward in a busy hospital was a pragmatic decision in a situation where individual randomisation with use of placebo would be problematic. Randomisation was not as simple as for example an RCT of vaccines or other trial medications in fit and healthy volunteers. The important thing is that there were two comparable groups with no possibility of placebo effect in patients so critically ill.

Despite randomisation, subsequent analysis showed that there was a slight difference in median average blood levels between the two groups, slightly higher in the calcfediol treated group. This would give an advantage to the calcifediol group, but only in the view of people who recognise the advantage of vitamin D.

I have previously demonstrated by the application of the criteria of Sir Austin Bradford Hill, the proof that vitamin D deficiency or supplementation is of critical importance in death or survival from Covid-19. Like other studies, the Barcelona trial cannot be regarded as proof in itself but it adds to the criteria of association, reproducibility, temporality, and experimentation.

It is beyond reasonable doubt that vitamin D deficiency is not just common but is particularly common in those seriously ill with Covid-19, and that vitamin D replacement therapy has a vital role to play in minimising deaths during the present pandemic.

It is no longer acceptable for people to die from Covid-19 when deficient in vitamin D.

It is no longer acceptable for vitamin D (ideally in the form of calcifediol) to be withheld from people admitted to hospital severely ill with Covid-19 who are at risk of escalation to ICU and possible death. 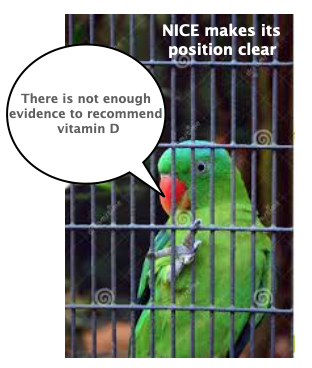