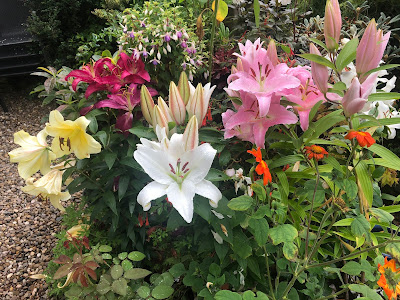 My recent Blog post was an analysis of an important study published in the New England Journal of Medicine.

The conclusion in this paper was obviously wrong giving false reassurance. It describes 104 miscarriages, but in calculating the risk of miscarriage the denominator used was 827, the number of women whose pregancies had been completed. 104/827 gave a very low risk.

My mistake was to over-simplify in an attempt to obtain a true result from this paper. To do so I simply removed the 700 from the 827, finding the 127 who had been vaccinated early, 92 of them being peri-concepriion vaccinations. It appeared that only these 127 were at risk of miscarriage.

After a few more reads of the paper:

At this stage, there were:

These can be chosen as numerators for miscarriage risk as it is the miscarriage rate that is of interest at present, and which was reported wrongly in the paper.

Let us keep to 104 miscarriages as the numerator of the miscarrige risk: 104 pregnant women had a miscarriage – fact.

The paper used 827 as the denominator of 104/827. This is clearly the wrong way to calculate the miscarriage risk, as described above and in my initial analysis. 700 were not at risk of miscarriage because they had been vaccinated in the third trimester.

This was an oversimplification.

92 subjects received vaccination in the peri-conception days, between one month before last menstrual period and 14 days afterwards.

This is not a possible denominator if 104 is the numerator. We must add some early first trimester vaccinations, but how many?

1132 subjects were vaccinated during the first trimester, up to 13 weeks. How many miscarried? We are not told.

Impossibility of a conclusion

It is not possible to be clear about the denominator as we do not know the outcome of the 92 peri-conception vaccinations.

The denominator could be any number from 127 to 1224 (92+1132), the number at risk of miscarriage (all peri-conception + first trimester vaccinations).

The future of this study

Perhaps my 82% risk could be correct, but this is most unlikely. We simple do not have the data necessary to reach a robust conclusion.

The study was “Preliminary”. More detail and more comprehensive presentation of data might be available in a later paper.

The paper as published is not good. It appears that the main outcome measure is birth defects, hence it being an end of pregnancy study. The full-term and late births revealed no major problems.

It is not possible to reach a conclusion concerning the miscarriage rate, and it will require a longer follow up.

As it stands the NEJM paper is rubbish. It should not have mentioned miscarriages without supportive information. I was trying to salvage a result more accurate than that in the conclusion, which was obviously wrongly based reassurance.

At present, on the basis of data presented, we can accept that Covid-19 vaccination appears to be safe in late pregnancy, but small sample size with no controls. However vaccination is best avoided in peri-conception days.

A few days following my previous Blog, the UK Medicine and Healthcare products Regulatory Authority issued a report that stated that vaccination during pregnancy is safe.

It is not a research study but it is data based on a spontaneous and  informal self-reporting system of untoward effects after taking medicine or using healthcare products, the Yellow Card system. It was a brief report with just a conclusion, no numbers of miscarriages. It does not compare with the detailed prosepctive study in the NEJM, imperfect as this is.

The MHRA report tells us that vaccination during pregnancy is safe, but it does not identify the relatively small number of women who might have been vaccinated before they realised that they were pregnant, those who had missed a period by just two weeks. It is these women with peri-conception vaccination who are at risk of embryo damage or implanation failure, and consequently miscarriage.

The report concluded that there was no excess of untoward obstertric events following vaccinations. As vaccinations have been in progress for only eight months, this "conclusion" must be regarded as premature.

I have just received a paper that is severely critical of the NEJM paper. I wish that I had known about this earlier.

It will be available by email.