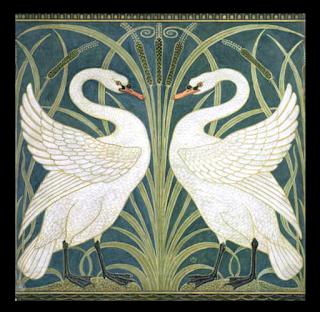 In this Blog post we are going to look at two placebo controlled Randomised Controlled Trials (RCT) that have demonstrated the effectiveness of Vitamin D in reducing the impact of Covid-19. They were performed in Belgium and Mexico. Before this we will recap the UK RCT that I analysed in detail in my previous Blog post.

RCT in the UK

The clinical trial initially undertaken in the UK was intended to evaluate the efficacy of Vitamin D in the prevention of serious Covid-19. It was to be a true Randomised Controlled Trial, but it failed. It was not controlled in that subjects in the control group, being informed that they were not to receive Vitamin D, took Vitamin D on their own initiiative.

The trial was therefore unable to compare outcome measures of the subjects receiving Vitamin D with true controls. It was also under-powered to answer the question "Should we be promoting Vitamin D to the people of the UK (and elsewhere) to protect them against damaging effects of Covid-19 ?" There were too few serious outcome end-points among the study sample of 6,000 normal healthy volunteers to produce a meaningful result.

The main researcher of the study was Professor Adrian Martineau, more recently commented:

"The challenges of the Vitamin D RCT – too many are already taking it."

This means that, as in his study, true controls are unlikely to be available.

The UK study was undertaken during 2020, the first year of the Covid-19 pandemic, when there was clearly a need to give maximum protection to the population. The policy was lockdown and mask-wearing, damaging and probably without benefit. Real protection would come from optimising defensive personal immunity. The national policies were to encourage the devlopment of vaccines for this purpose, but in advance there was the opportunity to use Vitamin D. However natural immunity was never seriously considered officially, despite its success in previous pandemics of respiratory viruses. Vitamin D had the advantages of being available immediately, being very cheap, known to be very safe, and having a strong research foundation of optimising natural defensive immunity.

The ignoring of Vitamin D

Many studies had shown that low blood levels of Vitamin D were associated with and predicted serious or fatal Covid-19, whereas high levels gave a biological advantage. Early clinical trials of Vitamin D (in its rapidly acting part-activated form 25(OH)D Calcifediol) demonstrated clear advantage when given at the time of admission to hospital, but these studies were rubbished in the UK by just three people who were very influential but should have known better. Doctors were advised, directly or indirectly, not to use Vitamin D. We were told that we must wait for the result of the RCT to be conducted by a London team led by Professor Adrian Martineau.

And so we waited patiently. Vaccinations arrived and were given in two phases in 2021 with a booster in early 2022, but nevertheless there were 200,000 Covid-19 deaths in the UK. How many of these deaths might have prevented if Vitamin D been given? Especially if patients admitted to hospital with Covid-19 had been given Vitamin D in its part-activated form Calcifediol, which had been been shown to be very effective in RCTs in Córdoba and Barcelona.

Waiting for the result of the UK RCT turned out to be an exercise in futility: when the result became available in March 2022 it was found to be of no value in assessing the efficacy of Vitamin D (details in previous Blog post). What a wasted opportunity to help the population during the pandemic.

Meanwhile other studies were in progress.

An RCT study from Belgium was conducted at the University Hospital of Liège. It recruited adult patients admitted to hospital on account of Covid-19 and with blood vitamin D levels of only 20ng/ml (50nmol/L) or less. They were all expected to survive at least 4 days, by which time a significant proportion of the Vitamin D given would be converted into 25(OH)D, calcifediol. Patients taking vitamin D in any form on admission to hospital were excluded.

The patients were therefore all selected as being Vitamin D deficient. They all received high quality clinical care in hospital. They were randomised to receive in addition either Vitamin D 25,000 units as an oil daily for four days to correct deficiency and then 25,000 units weekly for maintenance, or (the controls) to receive an identical liquid oil placebo.

The outcome measures are all in favour of correction of Vitamin D deficiency, even though correction occurred fairly late in the course of Covid-19, but before a clinically critical level was reached. In a small RCT in Brazil, Vitamin D itself given on admission to ICU conferred no benefit, but this was too late and the Vitamin D would take several days to become part-activated to 25(OH)D, Calcifediol.

We can see in Figure 1 that the length of stay in hospital was reduced by 50% in the Vitamin D group compared to controls (4 versus 8 days).

Other favourable outcome measurements can be seen in Figure 1, and we can also see that there were 3 Covid-19 deaths in the controls and just one in the Vitamin D treated group.

It is quite clear that this is another RCT that shows that correction of Vitamin D deficiency in defence of patients against Covid-19 is very important.

Unfortunately during the pandemic doctors have not been allowed to give Vitamin D to hospital patients. How many people have died unnecessarily because of false government dogma?

One of the problems of the UK inconsequential trial was that low risk normal people were recruited. This meant that we could expect only small numbers of important end-points, and there were just three ICU admissions (one in each group) with no deaths. Conclusions could not be drawn, and higher risk subjects would need to be recruited to achieve a meaningful result from a realistic sample size.

The result of an RCT of Vitamin D has been reported from Mexico, and this recruited 321 health-care workers from four hospitals in Mexico City. The study was between July 15th and December 30th 2020, The subjects were considered to be at high risk of serious Covid-19. 94 of the subjects analysed at the end of the study had received Vitamin D 4,000 units daily (a "good" dose), and 98 had received a placebo of identical appearance. Randomisation was successful with no significant differences between the two groups at baseline. More than half the subjects failed to complete the study, mainly the result of too much high pressure work.

Mexico City is only 19 degrees north of the equator (compared to London at 53 degrees) and it is important to note that only 10% of the 321 initially recruited had a blood level of Vitamin D 30ng/ml, 75nmol/L, or more, that is in what other studies have shown to be the safe range.

Therefore 90% can be judged to be Vitamin D deficient with sub-optimal blood levels.This observation shows that serious Vitamin D deficiency can be common at all latitudes world-wide, the result of indoor working and sun avoidance.

The outcome results are also shown in Figure 2. The numbers of subjects are reduced because of the large drop-out rate, explained by the subjects to be the result of very heavy workloads.

This was a another positive result of an RCT of Vitamin D in appropriate dose reducing the incidence Covid-19.

Vitamin D deficiency is the major risk factor for serious Covid-19, and correction of Vitamin D deficiency has been shown again to give a biological advantage. But once again it has not resulted in a policy of vitamin D encouragement and I have not seen these two studies mentioned in the major media or in the medical press.

Are our medical-scientific leaders detached from current medical research, or are they choosing to deliberately ignore it? There is a single-minded policy of multiple vaccinations, and also what appears to be a deliberate policy of avoiding any debate concerning ineffectiveness and possible resulting damage.