Microbes that cause Coronary Heart Disease

I have suggested previously that coronary heart disease is due to  micro-organisms, several causing the endemic form of the disease, and this might have been a feature of life since the beginning of Homo Sapiens. There is a suggestion of this from embalmed Egyptian mummies, but otherwise there has been no preservation of human soft tissues, only bones. The well-described 20th century pandemic of coronary heart disease must have been the result of one specific micro-organism.

The basis for this is that coronary heart disease clearly has an environmental cause. A possible chemical cause occurring simultaneously in all continents in temperate zones would be unlikely. A dietary factor (effectively chemical) has been assumed, but despite half a century of investigation, no robust evidence has been identified. We must conclude that coronary heart disease is not due to diet.

It is important to appreciate that we inherit from our parents more than our genes. We also inherit place of residence, type of housing, money, religion, culture, education, and also micro-organisms. It is important to appreciate that microbial diseases can spread within a household, within and between generations. We also inherit immunity to disease, and this appears to be a dominant genetic pattern, being acquired by all offspring (except those with very rare disorders of immunity).

In the 1960s the UK cardiologist Dr Maurice Campbell, studying national statistics,  recognised that coronary heart disease appeared after 1924 as an apparently new disease with an exponential increase in death rate. This suggested an epidemic, but it was only with the decline of the death rate after 1970 that the true pattern of an epidemic could be confirmed. 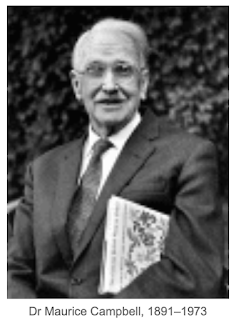 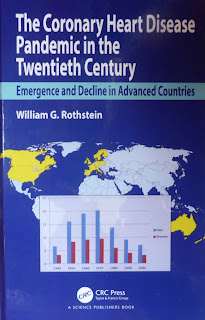 It was suggested in 1983 that the epidemic pattern of coronary heart disease was very suggestive of a viral epidemic, leading to the suggestion that it could be the result of a micro-organism. The authors were EP Benditt, T Barrett and JK McDougall, writing in the Proceedings of the National Academy of Science, USA. They stated:

‘The rise and fall of coronary heart disease (CHD) in a number of Western countries in this century has been dramatic….The shape of the CHD mortality curve reminds one of the rise and fall of epidemic diseases due to microbial agents.’

‘If we accept that aberrations in cholesterol metabolism provide the whole etiological basis for coronary and other vascular occlusive disease, we need hunt no further. On the other hand, we think there is still a great deal to be explained and that viruses may well hold some, if not all, of the missing pieces of the puzzle.’

36 years later we know very well that there are indeed serious aberrations in the cholesterol story. A microbiological causation of coronary heart disease seems to provide a much more plausible explanation. But is it plausible that coronary heart disease might be due to a microbe? To answer this question it is not essential to identify a microbe, but it is the principle that needs to be clarified. Firstly, is there a better explanation? The answer to this is ‘No’, but conventional wisdom is unfortunately still firmly entrenched in the diet-cholesterol-heart theory.

In 1977 it was noticed that: ‘A considerable proportion of the patients admitted to the coronary-care unit of the King Edward VII Hospital, Midhurst, Kent, gave an unsolicited history of an influenza-like illness before admission.”

This led to a structured research project, the result of which was the observation that 10 out of 38 patients admitted with an acute myocardial infarction had positive antibodies indicating recent infection with Coxsackie virus. It was already known that Coxsackie B virus could cause myocarditis, an infection of the heart muscle. Myocardial infarction is a different disease, although there can be some clinical confusion between the two in individual cases.

Houston, Texas, has been a pioneering centre of vascular surgery, led by the charismatic surgeon Michael DeBakey. A study from his department found high levels of antibodies to Cytomegalovirus in 57% of his surgical patients, compared to 26% in a control group.

Coronary heart disease is a particular problem in a transplanted heart, for reasons that are not clear but which are likely to be the result of therapeutic suppression of immunity. Cytomegalovirus has been detected in 62% of patients with coronary artery disease developing after heart transplantation compared to its detection in only 25% of those without coronary heart disease.

A study from Helsinki investigated 54 consecutive patients with stroke, all aged less than 50 years, and compared them with 54 community-based age and sex-matched controls. 19 patients had evidence of a febrile illness during the previous month compared with just 3 controls. In 80% of cases, the infection was respiratory, and mainly bacterial. This study again indicates an infection preceding an atherosclerotic event.

It is interesting to note that there has also been an association identified between Helicobacter pylori and coronary heart disease. The plausibility of a significant direct causative effect is uncertain, even though it has been detected in atheromatous tissue. However it is important to remember how readily Helicobacter pylori  became accepted as the cause of peptic ulcer. Previously diet and stress were considered to be the cause.

Earlier this year it has been reported that there is a significant association between coronary heart disease and Hepatitis C Virus (HCV). The nature of this association is uncertain, but the main significance is the fact that HCV is so widespread worldwide.


The discovery of Chlamydia pneumoniae

Chlamydia pneumoniae was first identified in 1950 in Taiwan, in a man with conjunctivitis. A previously unidentified micro-organism, it initially became known as Taiwan Acute Respiratory agent (TWAR). It has since been noted to be a common respiratory pathogen. There are no reports of it being detected in retrospective investigations from patients from before 1950.

The association between coronary heart disease and preceding respiratory infection stimulated a further study from Helsinki. It was published in 1988 and it looked at 40 men who survived acute myocardial infarction, 30 with previous coronary heart disease and 41 matched controls. They were all tested for antibody evidence of infection with the newly-discovered organism Chlamydia TWAR, subsequently reclassified as Chlamydia pneumoniae.

Generally, bacteria are identified by microscopy and culture, whereas viruses are identified by the appearance of antibodies in the blood. Chlamydia pneumoniae is a tiny bacterium that grows only within host cells and it can be cultured only with great difficulty. It can be detected by rising antibody titres and now by specific DNA detection using PCR techniques. The organism has been isolated in recent years and cultured from atherosclerotic tissue.

Infection with this organism appeared to be quite common. It is not known if the 17% of controls had coronary heart disease, just that so far in their lives they had no clinical manifestations of it.  If Chlamydia pneumoniae does have a causative role in coronary heart disease, then progression from the initial respiratory infection to myocardial infarction does not always occur. This might depend on susceptibility of individuals to the infection., or it might depend on repeated low-grade infection.

A group from Johannesburg, South Africa, looked at atherosclerotic tissue obtained at autopsy and in about half the cases they were able to identify Chlamydia pneumoniae by the technologically advanced methods of immuno-histochemistry and polymerase chain reaction (PCR). Many similar studies have been undertaken since then, a total of 27 by 1998. These studies have been undertaken in a number of countries and in only one study, in Brooklyn, New York, was there a failure to detective presence of Chlamydia pneumoniae in atheromatous tissue.

If coronary heart disease is due a bacterium it might be anticipated that antibiotic therapy would help. This has never been extensive tested, as an infective cause has been considered only by a few individuals. But there is some suggestion of benefit, mainly by the antibiotic azithromycin. In Figure 3 we can see a positive benefit in those with coronary heart disease treated with a short course of azithromycin. Follow up was for just one month following a coronary event, and azithromycin appeared to give a significant advantage.

This was a preliminary study, but subsequent experience did not confirm these findings.

However, before abandoning the prospect of antibiotics having a role in the treatment of coronary heart disease, we must remember from a previous Blog Post that statin drugs were initially developed as antibiotics. In 1971 the microbiologist Professor Akira Endo in Japan discovered a natural inhibitor of the pathway in a broth of the mould of Penicillium citrinum. The compound, which was named compactin or mevastatin, inhibited the enzyme HMG-CoA reductase. The first statin had been identified, but it had a significant unexpected effect: it reduced blood levels of cholesterol. Serendipity led to the highly successful marketing of statins as cholesterol-lowering agents rather than as antibiotics.

But as I have pointed out previously, it is clear that the benefit of statins is not related to the cholesterol-lowering property. The observation that statins are of the greatest benefit at the moment of a myocardial infarction, when the infective inflammatory process is at it greatest, indicates an immediate antibacterial effect.

Plausibility of an infective cause of coronary heart disease

We know that the three major heart diseases in the early years of the 20th century were due to micro-organisms. The first is the sexually transmitted disease syphilis. It damages in particular the aorta and the aortic valve. The causative micro-organism Treponema palladium (identified 400 years after the disease was recognised) invades the arterial wall, as happens in coronary heart disease. The second is rheumatic fever. This is due to a throat infection with Streptococcus pyogenes, and resulting damage to the the valves of the heart, mainly the mitral valve. The third is endocarditis. This is due to a variety of micro-organisms, mainly the Streptococcus viridans group of bacteria, which enter the blood circulation via diseased gums, or tooth sockets following dental extraction. The infection further damages already abnormal heart valves. Heart valves are liable to damage as the result of poor blood supply.

The most plausible explanation of the cause of atherosclerosis and coronary heart disease is that they are due to bacterial invasion of the arterial wall. Cholesterol is present in the tissues as part of the body’s defence mechanism. What we should regard as endemic disease with low mortality has probably always been present and will continue in the future. A variety of micro-organisms will be responsible.

On the other hand, the epidemic form of the 20th century with a very high mortality rate and onset of sub-clinical disease at an early age must have been the result of a new micro-organism to which humankind had no immunity at the time of its appearance at the beginning of the 20th century.

The rapid rise of death rate was followed by an equally rapid fall due to the development of immunity during three generations. The new micro-organism was most likely to have been Chlamydia pneumoniae, although no substantial study has been undertaken (in contrast to the search for a new micro-organism following the appearance of AIDS toward the end of the 20th century).